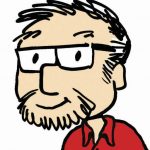 Kevin Frank is an award-winning author/illustrator who has been creating books, cartoons and illustrations for over 20 years. He wrote and illustrated a middle-grade graphic novel called SCURVY DOGS which was published by Kane Miller in 2016, and the sequel SCURVY DOGS AND THE DINOSAUR BONEYARD was released in 2019. Kevin also created a newspaper comic strip for King Features from 2006-2016 which was profiled in the New York Times, and he has freelanced for publishers including Scholastic and the Discovery Channel. Mr. Frank enjoys doing school visits where he describes his road to publication and gives tips for aspiring authors and illustrators.

Kevin spent 15 years on the art staff of a small Chicago-based magazine where he met and married a wonderful Canadian lady. They eventually moved north to rural Ontario which provided the inspiration for Kevin’s book of cartoons called TRUE NORTH, The Nearly True Story Of An American in Canada. About this book Lynn Johnston (For Better or For Worse) said, “Kevin’s ideas are right on target, his timing is great, punchlines too.” 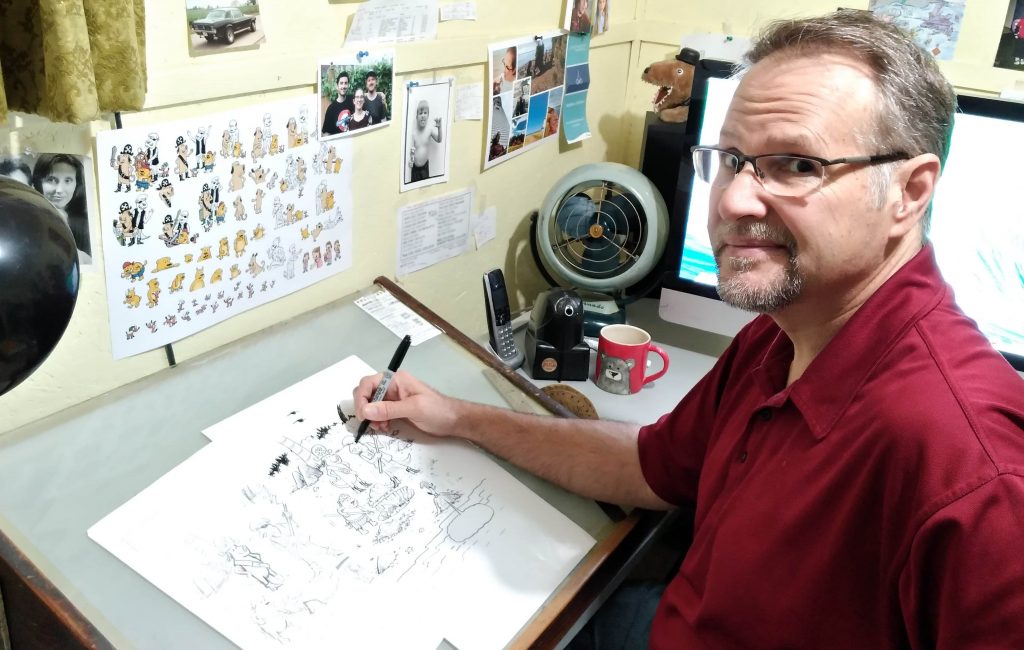